San Donato Milanese (Milan) - Eni has started gas production from the Sankofa field in the Offshore Cape Three Points (OCTP) Integrated Oil and Gas Project, in Ghana, on schedule during the past weekend. The field will provide 180 million standard cubic feet per day (mmscf/d) for at least 15 years, enough to convert to gas half of Ghana's power generation capacity. Production started from two of the four deep-water subsea wells connected to the Floating Production, Storage and Offloading (FPSO) vessel "John Agyekum Kufuor". After the final steps of commissioning of the offshore facilities, production will gradually flow via a dedicated 60km pipeline to the Onshore Receiving Facility (ORF) in Sanzule, where gas will then be compressed and distributed to Ghana's national grid.

OCTP is the only deep offshore non-associated gas development in Sub-Saharan Africa entirely destined to domestic consumption and it will guarantee stable, reliable, affordable gas supplies to Ghana. The project was developed with the support of the World Bank, and it has a strategic relevance: gas from OCTP can help Ghana shift from oil-fueled power generation to a cleaner power source, with financial as well as environmental benefits, and contribute to the Country's sustainable economic development. 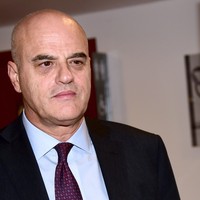 "OCTP combines value creation with social and environmental sustainability", said Eni CEO Claudio Descalzi. "OCTP gas will contribute to Ghana's energy stability, which is a prerequisite for industrial and economic growth, while at the same time helping reduce harmful emissions. It is an evidence of Eni's commitment to sustainable development and long term partnership with host countries, where we can grow only if we grow together".

"GNPC is delighted that the OCTP development has reached this milestone", said GNPC CEO Dr KK Sarpong, "and will support Eni on the further steps to ensure gas delivery to the Ghanaian market reaches its expected volumes in the shortest period of time". Eni has been present in Ghana since 2009 through its subsidiary Eni Ghana. Eni is Operator of the OCTP Integrated Oil&Gas Development Project (Eni 44.44%, Vitol 35.56%, GNPC 20%) which, with its record start-up (3 months ahead of schedule) and an accelerated ramp-up, reached the peak production one year ahead of the development plan. With the achievement of gas start up, OCTP overall oil and gas production can reach up to 85,000 barrels of oil equivalent per day.